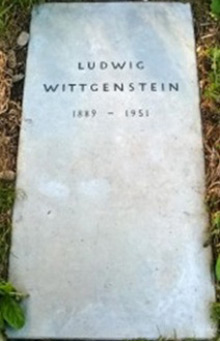 We are pleased to publish an announcement of the
BRITISH WITTGENSTEIN SOCIETY:

The British Wittgenstein Society was aware that the ledger stone of Ludwig Wittgenstein’s grave was beginning to look stained, the stone tarnished and the lettering beginning to wear with a danger of becoming illegible. Several reports from BWS members in the summer of 2014 confirmed their determination to take action.

Report by Ian Ground, Secretary of the BWS