We’re delighted to announce that Prof. Ray Monk has been elected a Fellow of the Royal Society of Literature.

Ray Monk is a British philosopher and Professor of Philosophy at the University of Southampton, where he has taught since 1992. He won the John Llewellyn Rhys Prize and the 1991 Duff Cooper Prize for Ludwig Wittgenstein: The Duty of Genius. Monk is also author of Bertrand Russell: The Spirit of Solitude & The Ghost of Madness. His interests lie in the philosophy of mathematics, the history of analytic philosophy, and philosophical aspects of biographical writing. His biography of Robert Oppenheimer was published in 2012.

The Wittgenstein Initiative is proud to have Prof. Monk on its International Advisory Board. 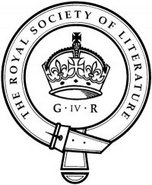