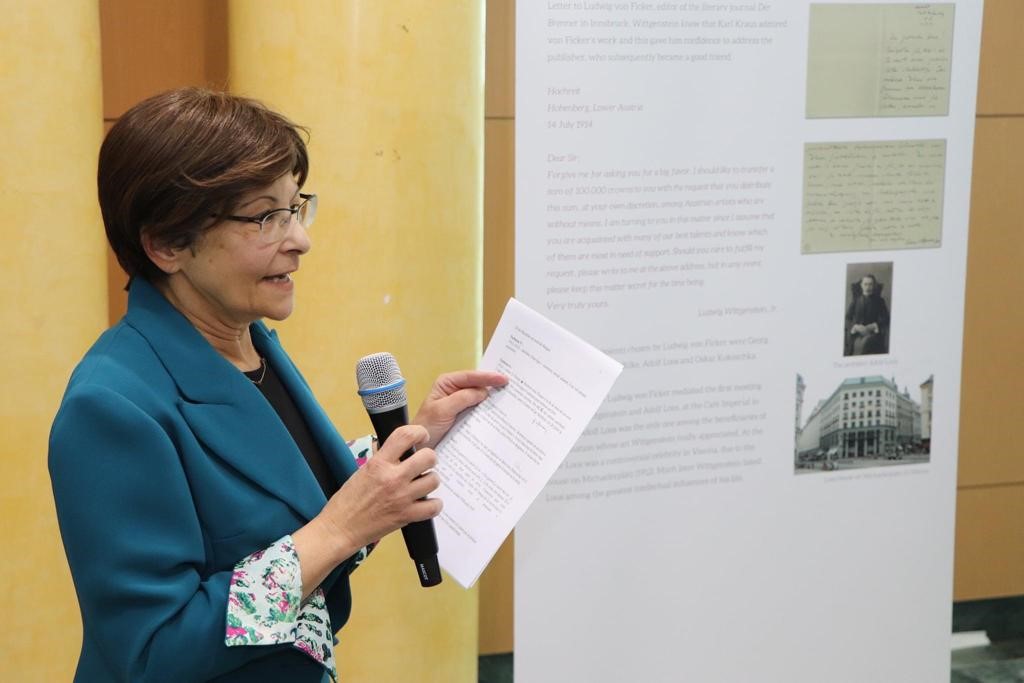 On 11 March 2022, the Austrian Embassy in Tunis, in cooperation with the Faculties of Humanities in Tunis and in Cairouan, organised a philosophy colloquium on Ludwig Wittgenstein and his masterpiece – “Le Tractatus de Wittgenstein – 100 ans après” at the Tunis National Library.

The programme included the opening of the exhibition The Tractatus Odyssey in English, as well as philosophical contributions from the respective faculties.

The lectures were aimed at students of philosophy and ethics, members, friends and alumni of the Institute and interested audience members. The initiator of the event, Prof. Mélika OUELBANI, is a renowned scholar and also has an close connection to Austria: in 2004, she received the Austrian Cross of Honour for Science and Art from the Austrian Federal President.