In a well-known remark from 1931, published in Vermischte Bermerkungen (Culture and Value), Ludwig Wittgenstein writes that he had been influenced by Karl Kraus:

There is, I believe, some truth in thinking that I am really only reproductive in my thinking. I believe that I have never invented any movement of thought, but that they have always been given to me by someone else. I just passionately seized them outright for my clarification work. Boltzmann, Hertz, Schopenhauer, Frege, Russell, Kraus, Loos, Weininger, Spengler, Sraffa have influenced me in this way. Can you take Breuer and Freud as examples of Jewish re-productivity? What I invent are new Gleichnisse [my translation].

But this remark is extremely difficult; it is excerpted from a longer remark where Wittgenstein contemplates “Jewish ‘genius,’” the “Jewish thinker,” the “Jewish mind,” and other topics worthy of earnest consideration, but all beyond the scope of this blog post. … What follows cannot be new, someone had to have written or spoken about it somewhere else; I just don’t remember ever having seen or heard it before. Be that as it may, what follows is little more than speculation any way—speculation, that is, regarding how Kraus may have possibly influenced the early Wittgenstein.

Peter Winslow is a professional German to English legal translator and holds a BA in philosophy from Southern Connecticut State University and an MA in German/Austrian studies from the University of Connecticut, where he wrote his MA thesis on the relationship between Karl Kraus’s use of juxtaposition and Ludwig Wittgenstein’s language games. He lives in Lüneburg, Germany. 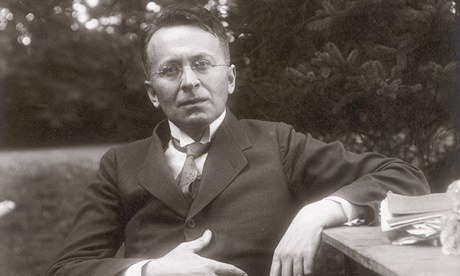