The horrible events last week in Paris force a lot of hard thoughts upon us. In the first instance the very possibility that the fanatics could pull off a coordinated set of terrorist attacks in the heart of the French capital that in sum add up to the greatest act of violence that Paris has seen since the end of World War II have to force a chill down our spines. In the light of the shockingly nightmarish quality of these events we cannot but shudder for fears about security in the face of fanaticism and violence in Europe today. If such things can happen there, they can happen more or less anyplace in Europe.

So there is a rush to call a state of emergency, close boarders and initiate police action of all sort to protect ourselves. No doubt what happened in Paris will be fuel to the fires of right-wing nationalist anti-Europeans who are sure to exploit our weakness in the face of terrorism to the utmost. They rub their hands with glee at the prospect of a European Union weakened to the point of exhaustion from which they can take their leave with ease. It remains to be seen to what extent this anticipated scenario will play itself out in the coming months and years. We shall have to wait and see, just as we shall have to wait and see to discover just what actually lies behind these deplorable attacks in all its complexity.

To the extent that these deplorable actions were carried out by Frenchmen, they are a totally distressing index of the failure of European political values. To become a suicide commando in one’s own society is to give up hope in yourself and your society. You have to believe that life as we live it is not worth living. No established religion believes anything like that. The hardest question we have to face is: what drives young people so far? The answer is disquieting. It seems to be the case that the pluralism that we preach does not correspond to social practice. Our vision of a common life is an illusion to certain vulnerable types of person, our political institutions something foreign and oppressive. Wealth and privilege separate the haves from the have-nots in ways that we have not seen since the early Industrial Revolution. Add to that poverty the ethnic and religious isolation in the banlieus and similar ghetto-like quarters of our cities and you end up with an explosive mixture. Terrorists’ alienation from our society is itself a phenomenon as complex as that society and it fact an aspect of its bad conscience. The values we live by tolerate what is in fact intolerable: a gap between grandiose social promise without an inkling of performance in the eyes of the alienated. A century ago G. K. Chesterton somewhat glibly asserted that the world was not tired of justice but tired of waiting for it. Little did he know what that fatigue could produce. In fact, this is nothing new in our culture. Two generations ago we were confronted with politically-motivated terrorists such as the Red Brigades; whereas a generation ago we experienced a less violent but similar psycho-social phenomenon in the middle classes as disaffected children grasped at the straws extended to them by sects that spoke in the name of religion but could scarcely be recognized as such. With the wisdom of hindsight we can see that this was the farce that is now followed by genuine tragedy, a tragedy of our own making.

Here it should be reiterated that this is not all that so-called Islamic terrorism represents but it is an aspect of the problematic nature of our very society and its crisis of values.

So, what should we do? Lots – even if we cannot do much to change people who are already alienated. There is no question that we must be resolved across Europe to hunt down people who hate our society to the point of slaughtering helpless innocent people as ruthlessly as they attack us. There is a certain amount of truth that we are at war with them (but it is wise to point out that speaking of such a conflict as “war” distortingly dignifies a cowardly enemy). The point of waging war is to win. But anti-terrorism cannot mean simply wiping out the enemy in this case; for, if any of what has been said here up to now is true, the enemy is in a way part of us. Furthermore, that enemy is so alienated that (s)he cannot talk, as the experience of French authorities with incarcerate terrorists indicates. We need a new kind of policing to deal with such an enemy but we also need something akin to missionary activity aiming a re-converting the potentially alienated to western values. Missionary activity is as tedious as it is heroic but how else can we win back the defectors from our society. So we need to find our ways into the banlieus and, above all, the prisons where fanaticism can grow and flourish. Changing the material conditions under which alienation grows with have to be essential. Prisons are an especially important place to begin because they have a way of becoming “universities for crime” as the great Italian prison reformer Cesare Lombroso said a century ago. Sadly that remains the case as students of the spread of ideological pseudo-Islamism indicate. Success implies close co-operation with wise, enlightened Muslims who can be a bridge to their alienated brethren. Like successful missionaries we need to work from within a foreign, hostile culture to transform it from within. First and foremost, we have to convince people, especially those not yet entirely alienated but in danger of being swallowed up in a pseudo-religious ideology of hate, that our form of life is indeed worth living. The challenge is enormous as it is inescapable. Above all, the measure of success is what we do, not what we say, which makes it all the greater for European politics today. 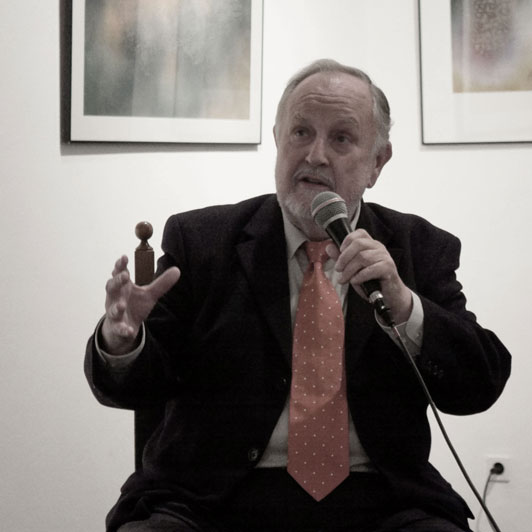